The Gift of a Man 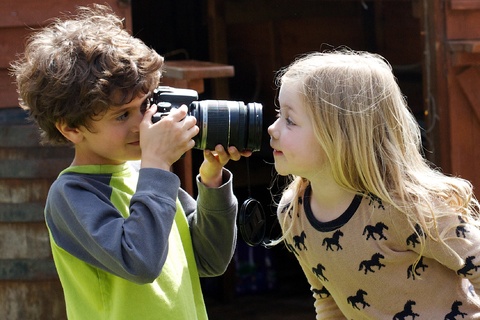 Get to read this short note to the end and see how it will change your life if you apply the lesson therewith.

A dictionary defines gift as something given to another voluntarily, without charge.
Notice the word without a charge. A gift is free. Everyone born of a woman is given a gift by His Creator free of charge. This gift is also called natural talent. You didn’t pay to get it. You didn’t work for it.

Let’s take for example a gifted singer. Even before he started 7 music or doing voice training, he could pitch high note that even someone that does voice training morning and night can’t pitch. He could eat anything he wants to eat and still sing a song well. That is a gift.

I also discovered I have a special gift for script writing. I could write a script on any subject. If you can preach it, I can script it.

I told him to give me a minute that I would get back to him. No sooner had I told him that than an idea dropped on my mind. Right there and then, I wrote a very powerful short script which I titled, Have You Not Heard. I watched with awe how the audience responded to the drama during and after the performance. The script was later modified a bit and was titled, Watch and Pray which we shot in 2017. The movie generated 1000s of views on our Facebook page with lots of encouraging feedback and shares.

Just last week Friday, we were invited to perform at a special vigil that was to take place that same day. Ordinarily, we could have turned it down because it was very impromptu but I felt compelled to do something. There wasn’t any drama script that fits into the theme of the program so I prayed and started to rack my brain. Then the light came on. I took one of our scripts turned it into Trust In the Lord which was the theme of the program and to the Glory of God, the performance was awesome and there were positive feedbacks after the ministration.

Paul Oluwabusola is the drama coordinator of PGM with a unique gift in acting. Whenever he appears on the stage, the atmosphere changes. I remember a live stage drama we had at Caleb University. It was a special youth camp program. The first set of the actors were not very vibrant and were struggling with their lines. But when he would appear together with another brother, the atmosphere changed. I could see the curiosity and liveliness in the audience from where I was releasing the soundtrack, some standing up to catch a better glimpse.

I am citing these examples to let you know that natural talent is truly real. Gifts are free, but it will cost you to improve and make it shine.

Let me show you a very common passage of the scripture that you most likely haven’t read before. That sound like a paradox. Just follow me.
Proverbs 18:16.
“A man’s gift makes room for him and brings him before great men.”

But see what you read in your mind when you open Prov. 18:16:
“A man’s gift makes room for him and makes him a great man”
But that’s an error. The bible didn’t say your gift will make you great. You can be connected to a great man by the reason of your gift but you can leave the presence of the great man disappointed and even embarrassed. One of my greatest prayers is that God will help me to sharpen my skills and gifts very well before I have the opportunity to come before a great man that will change my story.

Joseph’s gift brought him before Pharaoh, but Pharaoh didn’t just promote him because the chief baker told him that Joseph has the gift of interpreting dreams. When he was brought before the king, his gift was put to test. If he had fumbled, he would have been sent back from where he was brought from – the prison.