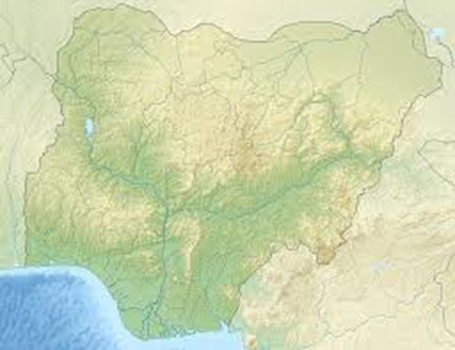 The story of the animal kingdom is one that has received audience from all parts of the world. It is known in every nation, language, tribe, ethnicity and culture, and it is, at most times, modified to suit or fit into the theme to be communicated. These animals are presented as beings who could communicate among themselves with the local language of the humans in that jurisdiction, not minding the difference in their specie and genus. They were/are presented as having human-like emotional, spiritual and psychological features…

snap out of this, let’s come back to the real world!

All these are classified as folklore or myth. Their authenticity is really questionable in this world. But we know that these animals have intra-genus or intra-specie communication with themselves: Dogs communicate through barking and snakes through hissing, among others. These animals also have their special features and perform special actions aside the ones that we were misled to believe by these stories.

this was the status quo…..till when things began to change somewhere around the world

No one knows what to believe anymore. Strange and abnormal things have become the order of the day. In the middle of 2017, it was all about the Crocodile tears and Python dance. We were undoubtedly certain that the interpretation wasn’t literal or direct; that is, it was just used as an analogy. But in this case of physical attribution, we are tempted to ask certain questions…

Is it the case that the animal kingdom wants to dominate and overthrow humankind, or that these are just fabricated stories, like tales by moonlight, told to children?

Are these animals guilty as charged?

Or is it the case that they are being accused because they can neither defend themselves nor speak in a language we can understand?

Who will hear them out, to ascertain if they are guilty as charged or are innocent?

the accused and their offense

A rat is “a medium-sized rodent belonging to the genus Rattus. It is a mammal of the order Rodentia, characterized by long incisors that grow continuously and are worn down by gnawing. To gnaw means to bite something persistently, especially something tough.” (This text is extracted from the Wiktionary and it is available under the CC BY-SA 3.0 license) To see more about rats click here

okay!!! rats chased the president from his office

Well, I do not doubt it’s possibility. Hehe, but even with the annual 4.9 billion naira (N4,900,000,000~$13.5million) spent for the maintenance of the office, it takes PhD holders or qualified/certified rats, perhaps CIA rats, to do that. Cong rats Nigeria (sorry, I mean congrats Nigeria, hehe). A snake is “a legless reptile of the sub-order Serpentes with a long, thin body and a fork-shaped tongue. It is a cold-blooded vertebrate of the class Reptilia.” (this text is extracted from the Wiktionary and it is available under the CC BY-SA 3.0 license). Click here to know more about snakes

Video of the JAMB staff who, unable to account for N36m during an audit, claimed it was consumed by a mystery snake. She really seemed to believe her cool story 🙁 pic.twitter.com/a89dMAM7Y2

oooops, I am speechless.

A monkey is “any member of the clade Simiiformes not also of the clade Hominoidea containing humans and apes, from which they are usually, but not universally, distinguished by smaller size, a tail, and cheek pouches. It is also any primate, including apes (this text is extracted from the Wiktionary and it is available under the CC BY-SA 3.0 license). For more information about monkeys click here

If these animals are not guilty as charged then…then…then….

Nigeria! O Nigeria! What is really happening? When did we start providing “zoocentric” excuses to mismanagement of funds?

While we were still debating on and pondering on these acts…

and then the latest is…

This is really funny, I started writing this piece with only the first three animal’s scenes (rats, snake and monkeys). But, but, but…but before I completed it, two other animals mysteriously joined the other two and they formed the swallowing team, the swallowers.

Why is it only the government’s money that these animals go after, why not the individual’s personal money?

What happened to our banks, why can’t these leaders keep the money in them rather than providing rooms for such excuses?

Or are we (the masses) now reduced to the level of being irrational or not capable of thinking, that they some people think we can be fed with these and we will believe them hook-line-and-sinker?

There are so many questions to be asked and so many things to be done. But we need to ask ourselves and answer this important question: “are we going to act or are we going to sit back and watch the show, as we have always been doing???”