Challenges of Peaceful Co-existence in Nigeria and the Way Forward 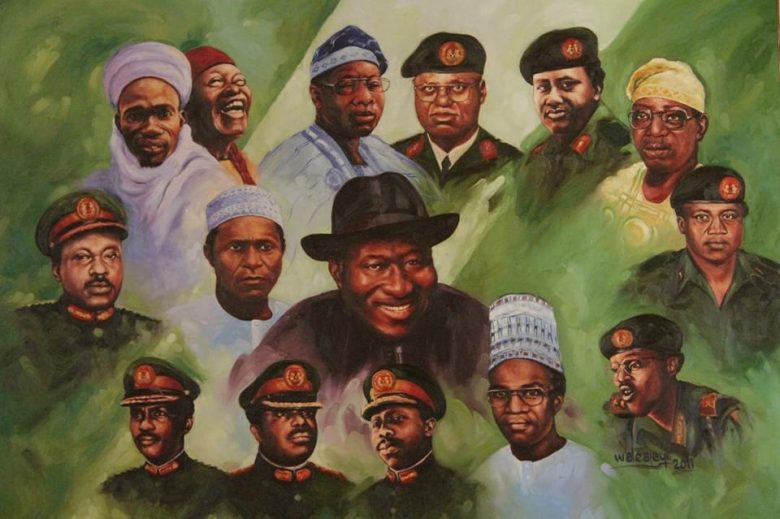 Serial stereotyping in Nigeria remains an issue of concern in and around the geographical territory Nigeria. Religion, Language, Cultural practices and individual prejudice have played significant roles in the lives of the people. Peaceful coexistence have not had an easy time thriving in Nigeria because of these differences, however unity in diversity is the only answer out of this current state of quagmire as with the current outbreak of the Boko Haram menace, the earlier Niger Delta Militancy and the current Fulani Herdsmen attacks all fighting for a course that is for the infancy an ethnic or lingual rooted.

The geographical entity Nigeria has come a long way. This sphere is one whose amalgamation of the northern and southern protectorate (1914) is seen as one configured to fail by some historians. As people of varying precepts, beliefs, code of conduct, religion, norms and laws, the unity of this one big and most populous black nation has been threatened by these prejudices. However, even as there remain various conflicting factors for national peaceful coexistence, there are moves for unity in diversity which is the only way forward, not division of political anarchism or gross apathy to nation growth. It is only when this is attained that there will be sustainable growth and development in all strata of the already decapitated green vegetation of the western coast of Africa.

Peaceful co-existence is a term derived from Peace; which is a state of harmony characterized by lack of violent conflict, commonly understood as the absence of hostility. Peace also suggests the existence of healthy or newly healed interpersonal or international relationships, prosperity in matters of social or economic welfare, the establishment of equality and a working political order that serves the true interest of all. In international relations, peace is not the absence of war or conflict, but also the presence of cultural and economic understanding.

From Latin pax, meaning, “freedom from civil disorder”, the English word came into use in personal greetings from the Thirteen Century as a translation of the Hebrew word shalom. Such a translation is, however, imprecise, as shalom, which is a cognate with the Arabic, “salaam”, has multiple other meanings in addition to peace, which includes justice, safety, well-being, prosperity, equity, prosperity, good fortune, and friendliness. At a personal level, peaceful behavior are kind, considerate, respectful, just, and tolerant of others belief and behavior, tending to manifest goodwill.

This later understanding of peace can also pertain to an individual’s introspective sense of concept of her/himself, as in being “at peace”, in one’s own mind, as found in European references from the twentieth Century. The early English word is used for “quet”, reflecting calm, serene, and meditative approaches to family or group relationships that avoid quarreling and seek tranquility and absence of disturbance or agitation.

In many languages the word peace is used as a greeting or a farewell Salaam, for example the Hawaiian word Aloha, as well as the Arabic word Salaam. In English the word peace is occasionally used as farewell, especially for the dead, as in the phrase ‘Rest in Peace’.

Religious beliefs often seek to identify and address the basic problem of human life, including the conflicts between, among and within persons and societies.

Christians believed Jesus of Nazareth to be the “Prince of peace, the Messiah Christ who established a Kingdom of Peace where persons, societies, and all of creation are to be healed of evil. For persons to enter the Kingdom and experience peace, Christians believed that one must develop a personal relationship with Jesus Christ, who stated “Come to me, all you who labour and are burdened and I will give you rest. Take my yoke upon you and learn from me, for Iam meek and humble of heart, and you will find rest of your souls. For my yoke is easy, and my burden is light”, (Mathew 11:28-30)

While Islam means submission. The title “Muslim” etymologically directly related to Salaam and the name Islam means a person who submits to Allah in Salaam. The submission to Allah (the Arabic proper noun for “God”, One and only) is based on humility. An attitude of humility within one’s own self cannot be accomplished without total rejection of violence, and personal attitude and alignment toward peace.

These two dominant religions in Nigeria advocate peace and humility and de-emphasized violence. So how can one reconcile the current wave of socio religious and ethnic conflicts that characterized most parts of Northern States where majority of the people profess these religions? What can be responsible for the collapse of both moral and spiritual values to the extent that incessant killings of fellow human beings has displaced the humility and peace demanded by God?

The absence of peace asserts a philosopher is war, anything that come however between peaceful coexistence is inimical to nation building and sustainable growth and development.

Co-existence implies the ability of mankind to live in harmony. As human beings, we need to have a solid understanding that diversity and plurality of cultures, ethnicities and religions are part of God’s creation of the universe and of mankind.

THE CHALLENGE OF RELIGIOUS LEADERS:

The deteriorating social harmony between Christians and Muslims in Nigeria has attained alarming proportions. Before now these faiths enjoyed peaceful co-existence playing complimentary roles in building national harmony but reverse is the situation now.

Analyzing this ugly situation, while speaking on the topic “Non-Muslims Rights within Muslim Society” an International African Scholar, Dr. Almukashifi Taha Al-kabbashi, stated that Christians are “ahlul kitaab” meaning “men of the book” and not “kafir” which means “infidel”. He proceeded to define the rights of Christians within an Islamic society which includes the freedom to practice there religion. He went further to argued that “there is no compulsion in religion”. while buttressing this point he cited relevant provisions in the Holy Qua’ran and Hadith. “There is intermarriage between you, ahlul kitaab and the Jews. You cannot attack them unless they attack you and seek to prevent you from practicing your religion” he postulated.

‘’…Understanding the multifarious nature of Nigeria’s ethno-religious crises should strengthen our resolve and determination to deploy all the energies and resources at our disposal to see to their resolution. Our inability and reluctance to take meaningful action go to challenge not only our common humanity but also our self-worth. It is, therefore, important for us to appreciate, first and foremost, the importance of consensus building within the polity, with a view to ameliorating the current state of political polarization in it. The Nigerian political class must be able to speak and understand one another as well as to develop a minimum national agenda to chart the way forward. The political class must also be able to open dialogue on a variety of national issues, including the perennial problem of power rotation and willingly enter into agreements that they can honour with dignity….

“….Also, governance, at all levels, must translate into tangible benefits for all Nigerians, regardless of their ethnic and religious affiliation. Nigeria has the resources to make life more pleasant for its people. It is equally imperative to address the poverty problem as well as the needs of the youth population both in all the geo-political areas of the country. In a situation where over 50% of our population is jobless at less than 19 years of age, we are definitely sitting on a time bomb much deadlier than that of Boko Haram unless we take urgent action to defuse it….

“….Furthermore, there should be renewed determination to address both the Jos and Boko Haram sectarian crises. The Federal Government must take seriously its security responsibilities and effectively contain these crises. But beyond that, a genuine dialogue must be initiated, to begin healing festering wounds and to bring genuine understanding and reconciliation amongst the entire people of Plateau State and beyond. The social dimension of the Boko Haram cannot also be resolved by the mere use of force. This is the reason why I have consistently suggested dialogue and education to counteract its message, especially those aspects dealing with modern education. Millions of Muslim pupils are already outside the school system. Millions more will definitely follow if urgent intervention is not undertaken to enlighten the younger generations. And the question I have always asked is What kind of society can we build in the 21st century when our youth turn their back on Science and Technology and are unable to produce the next generation of doctors, engineers and other specializations necessary for sustaining the socio-economic development of the society?….

Finally, we should not neglect the impact of the International environment on Nigeria’s ethno-religious crises. Happenings in the US, Iraq, Afghanistan, Norway, Netherlands, the UK and France are as current and relevant as events in Jos, Maiduguri and Abuja. We must preach international tolerance and moderation. The fight against extremist groups should never be perverted to become a fight against Islam and its doctrines. We should all remember that in the final analysis, it is not what the perpetrators of violence do that really counts. It is the actions we take, individually and collectively, that would shape the fate of humanity….”

Awake (August 3, 2009). Prejudice and discrimination: Why? how can you cope? New York: Watchtower Bible and Track Society. Andrew Oyinkepreye Gboru is an erudite scholar, author of “Repent or Perish”, a philosopher and theologian.