NIGERIA: THE NATION AS A COMMUNITY 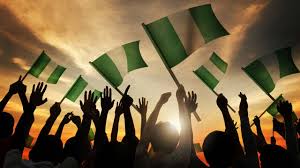 Nigeria’s System of Government before the British Rule

In earlier days, the people who later became “Nigerians” experienced good governance system so much that before the advent of the British imperialists and exploiters, they had developed robust culture and civilization.

The governing system, both the centralized and de-centralized systems, exercised by these people influenced and supported their social formations. The centralized system of government, through its monarchical or check and balance structure, was organized in a way that the Kings made sure there were equal distribution of wealth and economic produce. On the other hand, the communalistic and democratic structure of the de-centralized system of government enhanced equal wealth distribution amongst village members. With these systems of government as well as social formation, there was great increase in their economy, population and creativity, thus their society experienced development.

The advent of the European imperialists in the fifteenth (15th) century signalled a ‘pause’ to this economic, population and creativity increase. This was so because of the horrible and large-scale international slave trade of the people. With this menace, the population of the ‘now-called’ Nigerians decreased dramatically. Only a few were left to perform creative works and keep steady the output of the economic production. With the entrance of scientific enlightenment, the Trans-Atlantic slave trade came to a halt, thus slave trade was abolished. Subsequent to the abolition of slave trade, the British diverted her project into carrying the peoples by their arms with the intention of exploiting all their natural resources. For them to achieve this noble aim, a forceful marriage of the Southern and Northern Protectorates had to be performed. This merging was done under the sugar-coated notion of uniting a Nation.

The British then introduced the ‘indirect rule’ system: the policy of ‘divide and rule’, to the new Nation, Nigeria. This is a system of administration where the colonial authorities made use of appointed rulers as a connection between them and the people colonized. With the intention of this governing system, the social formation of the peoples was automatically altered. One of the adversarial effects of this governing system is that it paved way for the growth of ‘Capitalism’ in the country which continues to linger even after the departure of the colonial masters.

Meaning of the British’s Capitalist System of Social Formation

Capitalism, as an economic and political system of social formation, holds that the means of production and distribution of a country’s trade and industry are to be widely controlled by private owners rather than by the state for profit making.

In this system, economy is taken as a superstructure housing all other institutions of the state. As argued by Marxists, this system flourishes mostly in a society that is dominated by accumulation of wealth, exploitation and alienation by a certain class of people. This system encourages class division, class struggle and unequal distribution of wealth and economy. The struggle is mainly between the two divided classes of people: the bourgeoisie (capitalists) and the serfs (working class). The former (which constitutes the minority of the people) exploits the latter (constituting the majority of the people) and obtains from them all the profits made on their behalf and further re-investing them for further accumulation of wealth. The latter makes use of their ability to work for the former in return for wage or salary.

The Downplay of Capitalist System of Government in Nigeria

The Nigeria of today is so much into this capitalist system and as such the citizens of the nation are filled with notions of inequality amongst themselves by virtue of their status. Using this notion of inequality, some citizens, especially those of ‘high status’, tend to mingle with those they are at par with and look down on those who are not of their so-called standard. For this reason, we see the bourgeoisie class, under the name of the government officials, amassing over 85% of the nation’s wealth and distributing the remaining 15% unequally to the masses. This constitutes the bedrock of the drastic decrease in Nigeria’s governing system prior to the advent of the Europeans with her civilizing mission which is bad and unstable. As a matter of fact, more incompetent governing bodies are constantly emerging to suit the demands of the bequeathed capitalist system. The results and effects of this capitalist system of social formation are evident in our country today.

In the 1970’s, Nigeria’s economy experienced rapid growth fuelled by the oil boom. Due to this rapid growth, via the oil production, Nigeria became over reliant in oil and its produce: 70% on government revenues and 95% on export. Those in the government bodies, together with their fellow capitalists that are not part of the body, made use of this growth to ‘fuel their own pockets’ and contribute less for those governed. What is the result today?

The Nigerian economy is now below par because the price of oil is now lower as compared to former times. The Nigerian currency, the Naira, has lost its value: In the 1970’s, N2 (Naira) was equivalent to 1 GBP (Great Britain Pound), but as at October 21, 2017, 1 GBP is equivalent to N496.62.

The country, which was not governed well even during her rapid economic growth, is now in shambles. This implies that this system of social formation that promotes unequal distribution of the nation’s economy and wealth fashioned out of the western culture is hazardous to our culture.

It suffices to say that this system of social formation, in relation to the Nigerian culture, is foreign and as such, not part of the ‘inborn’ Nigerians’ way of life. It is pertinent that we, Nigerians, should deconstruct this precarious system that has done more harm than good to us and reconstruct a new system of social formation which has a direct relationship with the culture and traditions of our Nation. In suggestion, the socialist or communalist system of social formation would be more suitable for our nation. This (socialist or communalist) system of social formation supports the restoration of economic equality amongst the citizens or members of the society. Furthermore, this system recognizes the collective ownership of goods and properties as was practiced by the earlier peoples that later become Nigeria, before the forceful marriage of 1914. If socialism exists in Nigeria, growth and development would surely take place. This is because through socialism, there would be an increase in the capacity to control and harness the material environment to create more goods and services for the Nigerian society.

By way of conclusion, although Nigeria is said by the fundamental diversity school of thought to be as a result of a ‘mistake’, with much evidence by the common bond school of thought, we see that this theory is disputed and that there are bases for Nigeria’s unity. At great length, if Nigeria adopts this system of social formation, coupled with the inherent bases, she would experience unity and peace amongst her citizens, to a large extent. Just like the community of Christians in Acts 2:42-47. Hence, if we, Nigerians, work together in unity as a community, without bothering about and laying emphasis on our differences, we would accomplish our joint goal and mission.