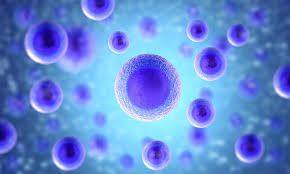 Life is a sacred and special gift which must be treated as such by oneself and others. No one has the right to claim superiority over other people’s life. This is what ought to be and what should be. However, in this contemporary world, the opposite seems to be the case. Some individuals, who are ‘self-proclaimed’ taxonomists, claim to possess the right to decide and make the comparison between those who have the right to live and those who do not. The fate or life of the citizens lies in the hands of rulers who are dictators and totalitarians, the fate or life of the unborn child rests on the woman carrying it, the fate or life of terrorists who have been apprehended depends on the nature of the country’s legal system; for example, if capital punishment is allowed, and scientists decide what to use in carrying out different researches, even if it means taking the life of their fellow humans, amongst others.

What is Embryonic Stem Cell Research?

Embryonic stem cell research, an aspect of the stem cell researches, is one of the contemporary issues that raises such controversies in the aforementioned paragraph because it deals with the use of embryos which are life sustaining elements of zygotes. From its name, the embryonic stem cell is derived from embryos. It is a type of pluripotent stem cells, in the sense that it has the potentiality to become any kind of specialized cell types. It is flexible than stem cells, found in adults, because of their ability to produce every cell type in the human body. It is also generally easier to collect, purify and maintain in the laboratory than the other types of stem cells. They are gotten through in vitro fertilization and nuclear transfer.

When embryos are taken away from foetus in order to carry out embryonic stem cell researches, the zygote immediately dies because it can no longer survive without its source of life. Hence, the big question as regards the morality of the embryo is posed. This question considers two fundamental and basic moral principles: the duty to prevent and alleviate suffering and the duty to respect the value of human life. These moral principles, in the case of the embryonic stem cell research, are opposed to each other in the sense that both cannot be respected at the same time. The big question, thence, is based on determining the principle that should take pre-eminence over the other. I support the latter view which supports and upholds the duty to respect the value of the embryos based on the following points:

The human embryos at the very beginning of their existence should have the same protection as more developed embryos or fetuses because the life that it lives has a value to the embryo itself. Judging the moral status of the embryo from its age is making arbitrary definitions of who is human and simply because being uncertain as to whether a particular organism is a human being, it would be more reasonable to refrain from destroying it.

Although researches have been going on and are still going on, the result of these researches, either positive or negative is not good for the human society. In other words, if it finally works then more demand for embryos would be sought after and if it does not they will still persist, as they are persisting, and hence would damage more embryos. Put differently, they would kill more humans. Say No To Embryonic Stem Cell Researches.