The Impact of Colonialism in Africa 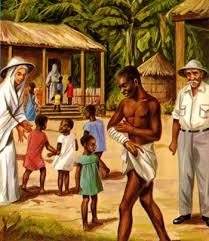 Africa Before the Advent of the Europeans

Before the advent of the European imperialists into Africa, Africa had already developed various flourishing cultures, civilizations and empires. The culture, as well as civilization, differs from place to place and each unique place or empire has its own unique way of harmonizing the resources within the jurisdiction of the empire for the growth, development and uplift of the empire. This was done through the various systems of government that existed then; ranging from the centralized system to the decentralized system of government, which encouraged the practice of good moral codes and encouraged the spirit of brotherhood.

Africa After the Advent of the Europeans

With the advent of the European imperialists, the aforementioned system began to experience some dramatic changes. The Trans-Atlantic slave-trade created a kind of division and led to the loss of the spirit of brotherhood: The African man was determined to capture and sell his fellow African to the Europeans just for the material reward that accompanies it. After a period of the experience of the Trans-Atlantic slave-trade from the 14th to 19th century, it was, however, declared as a barbaric practice and therefore abolished. The Europeans were not satisfied with this and then they came with a new and modernized form of slavery called “colonialism”. Colonialism, in simple terms, can be defined as a practice of domination which involves the subjugation of one people to another.

Impact of Colonialism in Africa

When we compare Africa before the advent of the Europeans with this present-day Africa, we can clearly notice some dramatic changes. These changes, both positive and negative, were greatly influenced by the so-called ‘civilizing mission’ of the European imperialists with the name, ‘colonization’, under the guise of massive exploitation of resources. This event really shaped the mind of the Africans and influenced the way they live presently. Although it led to the massive degradation of the African identity, culture and language, amongst others, we cannot disprove the fact that it led to the introduction of modern day facilities and so many other benefits.

Some of the positive impacts of colonialism include:

We can also notice some negative impacts of colonialism such as:

By and large, it is important to note and I will subscribe to the view that if colonialism had never been imposed on Africa, its development would surely be different from how it exists today and there is a great deal of certainty that she would be free from so many problems existing today.